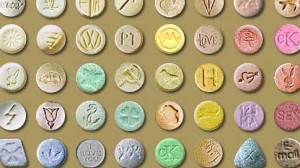 The customs authority in Slovakia has revealed that it arrested a Dutch man on 15 October who was carrying enough chemicals for the production of a million ecstasy tablets.

The man was arrested at Bratislava Airport in possession of an astonishing 200 kilograms of the chemical needed to produce the drugs. He had it hidden in four barrels in his car. The street value of one million ecstasy tablets would be as much as EUR 10 million.

Slovak customs did not divulge the information immediately as it firstly wanted to go ahead with a full investigation.