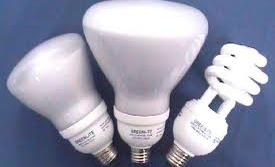 People have maybe learned to switch off their lights more thanks to the economic crisis. Although electricity consumption is up y/y, it is still well under the levels seen before the crisis hit.

A report issued by the Ministry of Economy this week states that in the first four months of 2010 electricity consumption in Slovakia was up 4% over the same period last year.

The long-term forecast of electricity consumption based on this growth has also been updated based on the figures. The report does not expect consumption to reach the level seen in 2008 until about 2012, which it puts down primarily to people saving during the economic crisis.