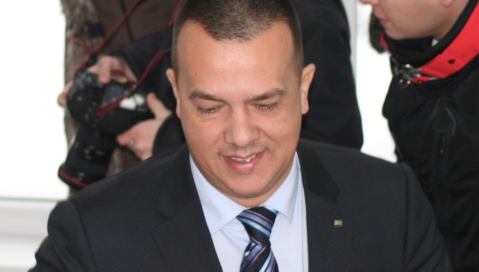 An article published today in daily Pravda looks at why Slovakia has still not managed to transpose the EU’s Third Energy Package into Slovak legislation and also the consequences of the delay. Here TheDaily provides you with a translation of the article.

The Ministry of Economy under the leadership of Juraj Miškov (SaS) is throwing blame at members of parliament for putting off the improvement in the regulation of heat, electricity, gas and water prices. This because two parliamentary committees did not support the proposal of his department to transcribe the so-called Third Energy Package into Slovak regulations. The package of norms is intended to improve the position of the regulatory authority in checking the costs of energy companies, thanks to which there should be scope for a cut in prices. The transposition to Slovak regulations was supposed to have been done by March last year.

“The outcome of this situation is that voting in parliament can be complicated at the plenary sessions due to the extensive and often technical nature of the proposals” claims the state secretary for the economy Kristián Takáč (nominee of SaS), adding that if the laws were not to be pushed through by parliament, Slovakia would not have met its commitments and so could face a fine from the European Commission.

Chairman of the parliamentary economic committee Stanislav Janiš (SDKÚ), though, rejects the opinion that MPs are responsible for the current situation, while claiming that the blame rests on the shoulders of the head of the department, minister Miškov. “The minister should go less on holidays and work more. In he had, then he would have submitted the proposal to adopt the Third Energy Package already back in February last year, as he was obliged to do in line with the plan of legislative tasks of the government”, underlined Janiš, while adding that the delay is not the only problem of the proposals submitted by the Ministry. “They were prepared in secret and it is visible that the department of the economy stitched them together with a hot needle – to the present day the Ministry has prepared more than fifty revision proposals. This also proves just how much attention has been devoted to the issue” head of the economic committee points out.

The Ministry claims that it did not idle in preparations and was comprehensively devoted to it. “Preparation was complicated by the launch of talks on the possible entry of a Czech investor to SPP, but the main reason for the delay was the broad consultations”, says Takáč.
Head of the regulatory authority Jozef Holjenčík (nominee of Smer) knows nothing about “broad consultations”, though, because the regulator was completely left out of the preparations and consultations. “It is a pity because if the Third Energy Package had been transposed well to Slovak regulations, the regulatory authority would have had greater powers and could initiate a reduction in prices” said Holjenčík. The current proposal would be more inclined to harm people, though, he feels. “The draft bills were prepared by the Ministry directly under the influence of lobbyist company circles. This is proven, for instance, by the provision on the corrective factor, which would take the power of assessing the adequacy of costs away from the regulator, which would be followed by an enormous growth in energy prices” says the head of the regulator.

A similar opinion is held also by former economy minister Ľubomír Jahnátek (Smer), who left two versions of an elaborated proposal for his successor when leaving the department after the 2010 elections. “The Ministry did not use them at all, though, and prepared its own instead, which can only be referred to as a farce in favour of energy lobbyist”, underlines Jahnátek.

The latest proposal from Miškov on amendment of regulations invoked yet another of the many disputes that arose between the regulator and the Ministry. One of the largest arguments erupted after the regulatory authority uncovered various suspicious solar power plants last year, whose owners had requested state assistance even though they had not completed the facilities within the legally prescribed deadline. The Attorney General confirmed that all five protests of the prosecutor had been filed against the decisions on certification for use of the solar plants in Brezno.