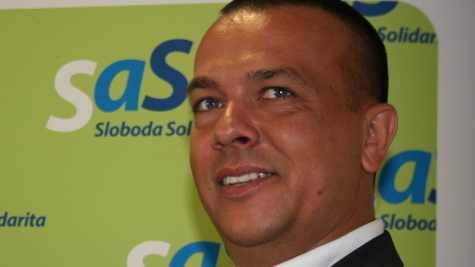 Economy minister Juraj Miskov signed an agreement in Belgrade today with Serbian energy minister Petar Skundric, which will advance co-operation in the energy and mining sectors, including the construction of segments of the Serbia gas network.

The EUR 45 million project will be executed by Serbian state company Srbijagas and a Slovak consortium led by the company Euroframe, and will see a gas line constructed between Aleksandrovac to Tutin.

The project is only one link in a chain of projects and ideas that should advance economic relations between Slovakia and Serbia, as was pointed out by energy minister Skundric. He said the new pipeline would take about two years to complete, with a contract expected to be signed by the end of this year.

Skundric also mentioned the possibility of Slovakia co-operating in other areas, like in the Banatski Itebej gas storage reservoir, or in the field of renewable energy sources.

Miskov reiterated the sentiment that this was only the beginning of much deeper economic ties between the two countries, pointing to the huge potential for cooperation.