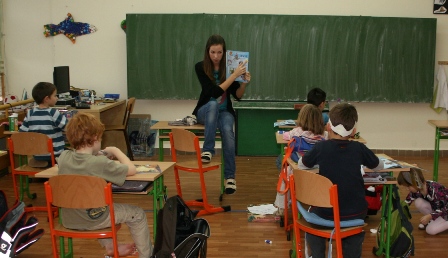 Even though teachers in Slovakia have been threatening the Ministry of Education with a strike alert over pay conditions, education minister Eugen Jurzyca says there is simply no money to meet their demands.

Around 9,000 teachers protested in Bratislava back in September, but the government only increased the wages slightly of non-pedagogic workers. Teachers have been demanding that their salaries be hiked up to 1.2x and 1.6 times the average salary, but the Ministry of Education has pushed through an average salary increase of just 5.7%.

The teachers are also complaining about how the government recently hiked up the salaries of nurses, while it claims to have empty pockets when it comes to education. Union representatives met yesterday with minister Jurzyca to demand an explanation, only to be told that the allocations to the health service and the education sector come under different budgetary chapters.

The strike alert was called off earlier by the teachers trade union, making many teachers contemplate trying to change their union representatives.

The government is also battling with the same problem with doctors, who now look set to withdraw their collective resignation subject to pre-election promises from across the whole political spectrum.