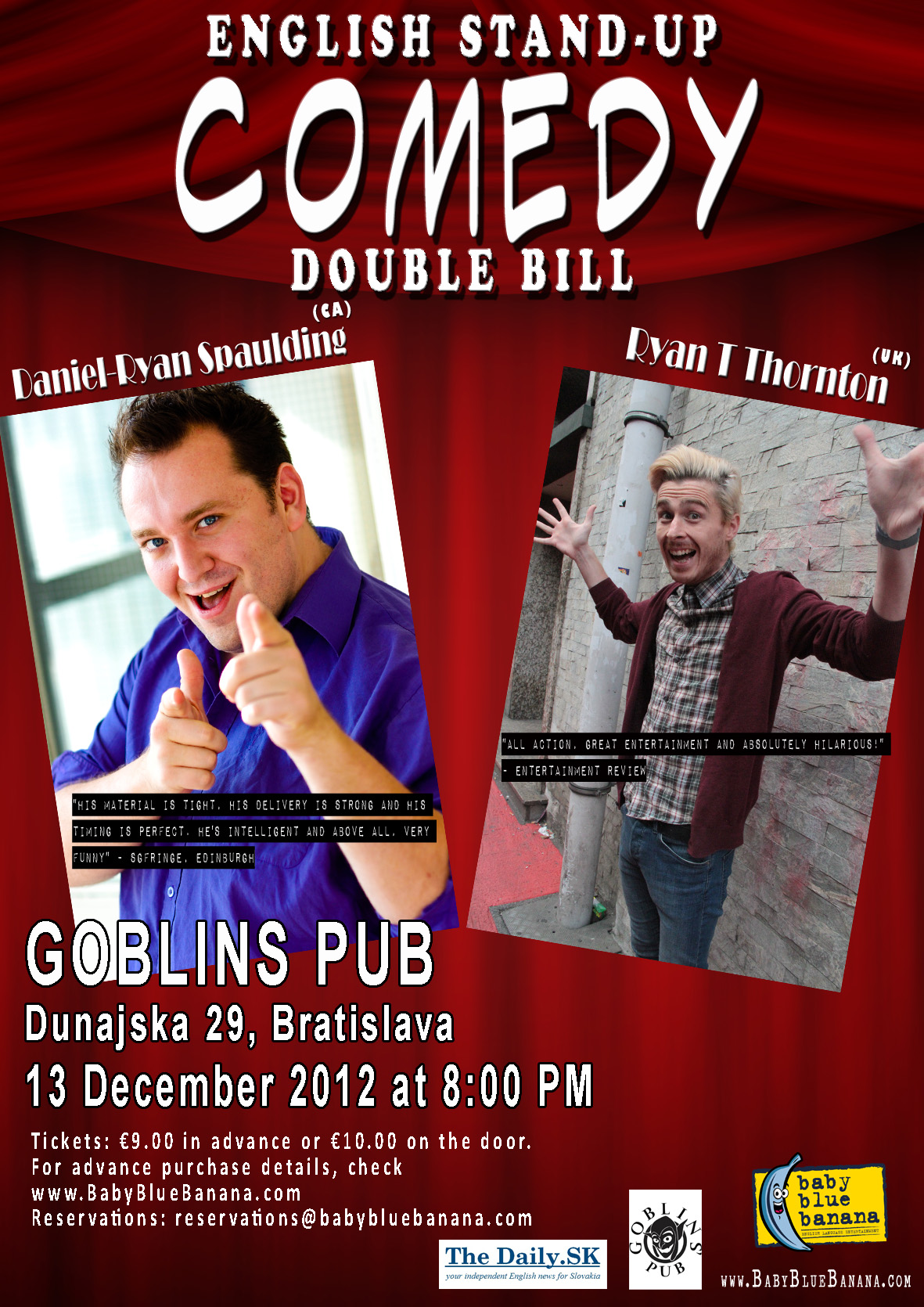 Ryan T Thornton is possibly the world’s only ice-skating stand-up comedian. To be more precise, he won’t actually be skating at the show but does combine two careers as a top professional skater with performing as a comedian and presenting a successful English radio show on Austrian radio! Clearly a man of many talents! Ryan made his debut on the Baby Blue Banana stage in October in Austria, with huge success and fantastic audience reaction. So we had to bring him to Bratislava at the earliest opportunity and here he is!
Originally from Yorkshire in England, Ryan has performed all over the world and is currently based in Austria, so is ideally suited to entertaining international audiences.

Daniel-Ryan Spaulding is a globe-trotting Canadian comedian, actor and all-round entertainer. His Hollywood film career includes playing a major roles in National Lampoon’s
“Ratko: the Dictator’s Son” and the live-action movie version of popular cartoon “Fairly Odd Parents”. As a student, he was the winner of the Michael J. Fox Performing Arts Scholarship and, as a comedian, has perfromed live in 23 countries. He is currently one of the most popular comedy performers in Scandinavia and, like Ryan T Thornton, is ideally suited to international audiences.

What the critics say about Daniel-Ryan Spaulding:
“His material is tight, his delivery is strong and his timing is perfect. He’s intelligent and above all, very funny” – SGFringe, Edinburgh

We expect great interest in this show and a big audience, so we strongly recommend making reservations  to avoid disappointment. Tickets are €9.00 in advance or €10.00 on the door. To buy tickets in advance online, click here or buy in person from Goblins. Those who prefer to pay in cash at the door on the night can still reserve seats by emailing: reservations@babybluebanana.com.9