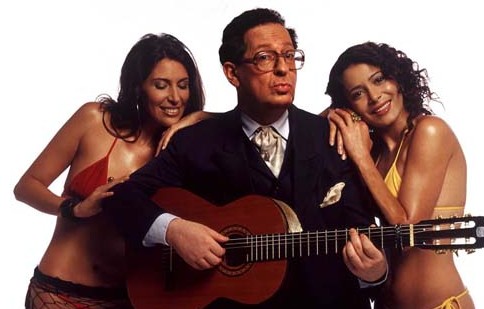 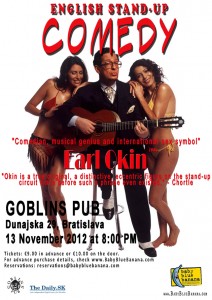 Musical genius and international sex symbol Earl Okin is back! One of the most popular performers ever to appear on the Baby Blue Banana stage is returning to perform his unique one-man-show. Earl is one of the true greats of British music and comedy, combining his genuine world-class talent for jazz and bossanova with a parallel talent for comic songs and hilarious quips.

Earl is a veteran of the last 6 decades of music and comedy and many of the greatest comedy and musical talents in the world rate him as their own personal favourite, including Eddie Izzard, Billy Connolly, Sacha Baron Cohen, Frank Skinner, Van Morrison and Paul McCartney. When the Beatles split and Paul McCartney formed his new band Wings, it was Earl he called to be the support act on his first post-Beatles tour! In the 1960s, he was recording on the same record label as the Beatles, whilst some of the biggest names of that era, such as Cilla Black and Georgie Fame were singing Earl’s songs. He still holds the record for performing the most consecutive years at the Edinburgh Festival Fringe, whilst at the same time, he is one of the biggest stars of Bossa Nova music in Brazil!

If ever a performer was able to bridge the generations and entertain everyone, Earl Okin has that unique talent. This is a show that nobody should miss! 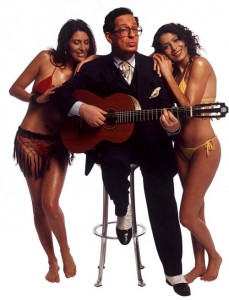 What the critics say about Earl Okin:

“Okin is a true original; a distinctive, eccentric figure on the stand-up circuit since before such a phrase even existed.” – Chortle

“Age does not matter, for he appeals to all from 17 to senility”- The Evening News

Advance tickets – Click here to buy tickets online now or buy them with cash from Goblins before the day of the show.