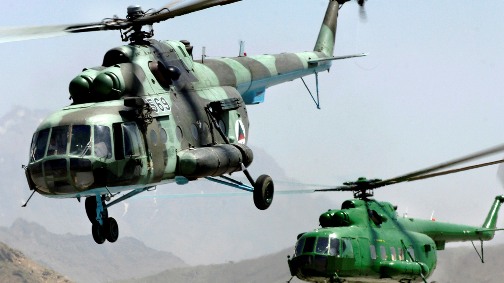 Contracts that the former government signed in a rush just before the elections and right after them (thanks to a period of grace granted by President Gasparovic) are popping up everywhere like mushrooms after the rain and are now being put under the microscope by the current executive.

Yet another in this series is the contract to install new devices in helicopters signed by the former management of the Ministry of Defence. The contract was signed just before the elections and concerned ten helicopters, one of which was already earmarked for decommissioning a few weeks later on 31 July 2010.

Defence Minister Lubomir Galko (SaS party) revealed today, 11 August, that his ministry had already lodged criminal charges over improper management of public assets and misuse of the position of a public official. It seems that the former heads of the ministry ordered new devices to be installed in 20-year-old helicopters via a contract worth EUR 57 million, which has caused the new head of the Ministry of Defence to question the contract and to have the procedure inspected.

The Slovak military owns 14 of the Mi 17 helicopters in question, all of which are due to be decommissioned from use between 2011-14. The helicopters are basically old, and any  possible extension of their life-cycle was not due to be discussed until the beginning of August, which is two months after the contract was signed.