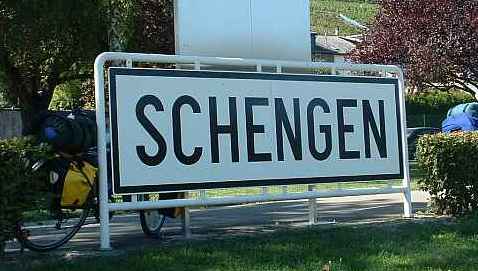 What is the aim of EUROSUR? 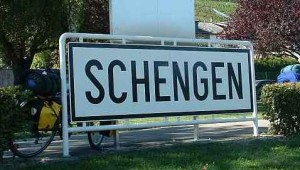 The European Border Surveillance System (EUROSUR) will reinforce the management of the Schengen external border by strengthening the information exchange and cooperation between Member States’ border control authorities as well as with Frontex.

EUROSUR should, in particular, provide the infrastructure and tools needed to improve the monitoring and reaction capacities of authorities when preventing irregular migration and cross-border crime, as well as when protecting the lives of migrants at the external borders of the Union.

What are the main challenges faced at the external borders?

In 2011, more than 90% of unauthorised border crossings took place at the external borders of only four Member States, namely Spain, Malta, Italy and Greece. Despite the coordination efforts of Frontex, Member States’ border control authorities often face difficulties on agreeing on a common approach and need considerable time to react to quickly changing routes and methods.

Loss of life of migrants at sea

The use of small unseaworthy boats has dramatically increased the number of migrants and refugees drowning in the Atlantic Ocean between Africa and the Canary Islands and in the Mediterranean Sea. This tragic death toll must be significantly reduced.

Criminal networks involved in the smuggling of migrants often use the same routes and methods for cross-border crime activities, such as trafficking in human beings and drugs. An improved cooperation between border control and police authorities should contribute significantly to fighting such serious crime at the external borders.

Why is the Commission proposing to establish EUROSUR?

EUROSUR will address these challenges by focusing on the following issues:

In some Member States, up to six different authorities are directly involved in the surveillance of maritime borders, sometimes operating parallel surveillance systems, without clear rules and workflows for cooperation and information exchange among them.

In the field of border surveillance there is not only a lack of coordination inside some Member States, but also between Member States, due to the absence of proper procedures, networks or communication channels to exchange information.

Migration pressure presents considerable challenges also for the countries located on the southern shores of the Mediterranean Sea. It is therefore necessary to cooperate more closely with the countries of origin and the countries of embarkation of irregular migrants.

Situational awareness in the maritime domain

The fact that traffickers are currently using small wooden and glass-fibre boats for smuggling human beings and illicit drugs poses a major challenge to law enforcement authorities because it is extremely difficult to detect, identify and track such small boats on the high seas.

What are the objectives of EUROSUR?

By establishing a common framework for information exchange and interagency cooperation between Member States’ border control authorities and Frontex, EUROSUR will:

EUROSUR will establish a common framework for information exchange and cooperation between Member States and Frontex. For this purpose, each Member State with land and maritime external borders will establish a national coordination centre for border surveillance, which will exchange information with other national coordination centres and Frontex via a protected communication network.

In order to improve the capability to detect small vessels, Frontex will set up a service for the common application of surveillance tools, combining, among other things, satellite imagery with information from ship reporting systems.

The approach chosen in EUROSUR is to make the best use of existing capabilities and systems. For this reason, Frontex will cooperate closely with the EU Satellite Centre and the European Maritime Safety Agency (in providing services for the common application of surveillance tools) as well as with EUROPOL (in order to exchange intelligence on cross-border crime).

Cooperation with neighbouring third countries is crucial for the success of EUROSUR. Thus, regional cooperation networks between Member States and countries outside the union will be linked to EUROSUR via the national coordination centres.

What data will be exchanged?

The exchange of information in the framework of EUROSUR will be limited to operational information, such as the location of incidents and patrols, and analysed information, for instance intelligence reports. As a general rule this information exchange will not include personal data. If personal data would be exchanged in exceptional cases, the conditions set by the EU legal framework on data protection would fully apply.

Which countries will be participating?

EUROSUR will apply to the remaining Member States with land and sea external borders (Belgium, Germany, Netherlands and Sweden) as from 1 October 2014.

When will EUROSUR be operational?

In order to make the system operational as from 1 October 2013, the development, testing and implementation phases are being carried out in parallel on the basis of a roadmap presented by the Commission in 2008 For more information, see:

In this roadmap the Commission proposed to establish EUROSUR in three phases, consisting of eight steps, thereby reducing the risk for the overall project development in case one step is delayed. Significant progress has already been made and development is expected to continue smoothly, in order to reach the target date for starting operations.

What are the estimated costs?

The cost estimates for EUROSUR amount to €338 million for 2011-2020, including costs for set-up, maintenance and personnel. These costs would be almost fully covered by existing EU programmes under the current and next multiannual financial framework of the union.