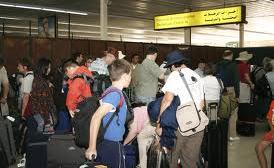 As the reality of the situation in Libya started to sink in, governments throughout the world started evacuating their citizens in any way they could.

In an effort to help Slovaks get out, The Daily in co-operation with its partner Epic-Air, a private Irish-American chartered flights agency based in Slovakia, contacted the Slovak government on Monday 21 February to offer its assistance, as it was one of the few companies that actually had planes on the ground in Tripoli with take-off clearance and others that it could send in with landing clearance.

Spokesman for the Ministry of Foreign Affairs, Lubos Schwarzbacher, then communicated with Epic-Air on the possibility, but after time said that the Slovak government could deal with the situation itself concerning the 16 Slovaks who had requested assistance.

In total some 54 Slovaks are registered as living in Libya, 38 adults and 16 children, and the ministry has contacted them to find out if they need or want to leave the country. Some of them are Slovak women, who are stuck there with their children, as they are married to Libyan men and have no Slovak passports for their children. The Slovak government did not manage to contact 16 of them.

On Tuesday 23 February, the Slovak Ministry of Foreign Affairs posted the offer of Epic-Air on the EU consular online system so that other governments could make use of their chartered flights. CEO of Epic-Air and qualified pilot, Captain Kevin Marry, told The Daily that nobody reacted, and so they started contacting the various governments directly the same day.

In an exclusive interview for The Daily, Captain Marry could not hide his frustration at the way some of the officials flippantly rejected them, with some saying they could manage by themselves. He also felt that there was too much red-tape and decision-making bottlenecks, which slowed the whole process down with nothing practical being done for a few days.

Epic-Air had reacted swiftly to activate its partner flight operators as soon as the situation in Libya started deteriorating. On Tuesday, when it first started communicating directly with various governments, including the British government, it had two airplanes on the ground in Tripoli with take-off clearance, with several more available to get in and out quickly.

After their initial contact with government representatives in the UK on Tuesday, they were told that it was on the record and that their offer would be considered. No response came, however, and so after seeing on the BBC that the UK government was still looking for options, Epic-Air contacted the foreign office once again.

The UK foreign office crisis team then expressed an interest in Epic-Air’s offer and started communicating with them round-the-clock. All that Epic-Air required was some form of advance payment or guarantee to cover the expensive costs of arranging and making such flights, but this also proved to be a bit of a stumbling block.

An agreement was eventually reached, and the UK government had ambassadors in two countries ready to issue the guarantee, but then the initial operator could not be reached, and so Epic-Air quickly arranged a second operator to deal with the flight.

The British government has come under fire for not reacting swiftly or responsible enough, as it did in the case of the uprising in Egypt, and yesterday British PM David Cameron offered a public apology for the government’s slow reaction. Saying that, there was a problem with the fact that the airspace was closed down for almost a day and then insurer Lloyds of London slowed things down as it wanted to agree with the government on partial cover of indemnity.

After a few days and nights of constant communication with British officials, Managing Director of Epic-Air, Alan Henderson, informed The Daily today that a plane had successfully landed in Tripoli to collect stranded British citizens and possibly others. For security reasons, we cannot disclose any of the details of the flight yet, but The Daily will be providing updated reports on this rescue effort, led by Slovak-based company Epic-Air.

Epic-Air wishes all press-related queries to be directed at staff@thedaily.sk or by calling 0903269196.