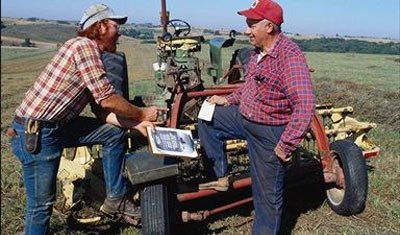 While rescue teams scrambled this week to protect cities in Central Europe from some of the worst flooding in years, farm organisations are concerned about damage that could devastate crops for the entire growing season.

Areas along the Danube in southern Germany and Austria, and along the Vltava in the Czech Republic, are some of the nations’ most fertile agricultural and wine-producing regions.

In parts of Italy, Copa-Cogeca said, wheat, barley and oats have been affected and maize and sunflower crops could also suffer.

Amid dramatic photos of floodwaters threatening picturesque towns and the 610-year-old Charles Bridge in central Prague, the impact on farming has had little attention. But in addition to overflowing streams and soggy fields, rescue personnel have protected towns by opening dikes to take pressure off surging rivers, flooding farms and pastures in the process.

Pekka Pesonen, secretary-general of Copa-Cogeca, told EurActiv it is too late in Central Europe’s season to replant fields once the floodwaters recede.

Copa-Cogeca said in a statement that extended cold spells and bad weather in Northern Europe have delayed plantings and “are expected to impact adversely on this year EU-27 grain harvest.”

At least a dozen people have died in the flooding and insurers have estimated overall damage in the Czech Republic at more than €300 million in the country’s worst flooding since 2002, while in Germany damages could exceed €6 billion.

The devastation follows a series of extreme weather events that have hit EU farmers in the past year, including a severe drought in southern Europe and extreme flooding in the United Kingdom.

“We know drought in the key production regions across the globe is the main driver for rocketing animal feed costs, while in stark contrast at home, a wash-out summer further compounded by a sodden autumn and winter has hammered production,” Peter Kendall, president of the British National Farmers Union, said in a statement in January.

“Climate change scientists have long predicted that agriculture will face major challenges from global warming. However 2012 has starkly demonstrated the cost that extreme weather events can wreak on farmers and the food supply chain.”

On Thursday, the Organisation for Economic Co-operation and Development (OECD) cited environmental factors as one cause of an anticipated slowdown in food output in the years ahead.

The OECD-FAO Agricultural Outlook 2013-2022 reported that agricultural production is expected to grow 1.5% a year on average over the coming decade, compared with annual growth of 2.1% between 2003 and 2012.

“As long as food stocks in major producing and consuming countries remain low, the risk of price volatility is amplified,” the report says. “A widespread drought such as the one experienced in 2012, on top of low food stocks, could raise world prices by 15-40%.”

By kind permission of EurActiv.com