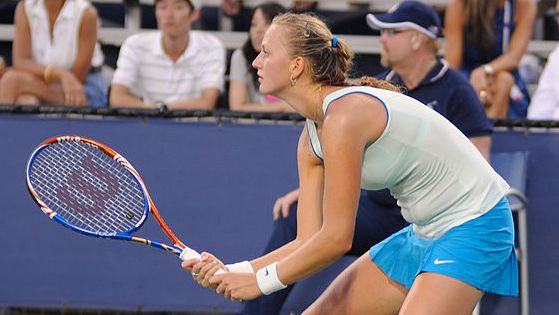 The Czech Republic goes through to the semi-finals in April against either Belgium or the United States.

Kvitova broke Hantuchova’s service twice, enjoying a 5-1 lead, which left Hantuchova no chance of coming back.

The second set had a similar story, as Hantuchova went 4-0 down from the start. Kvitova said it was one of her best performances in the Fed Cup, saying “We came here in excellent shape, while Hantuchova is still not on her best form” (she is suffering from Achilles trouble).