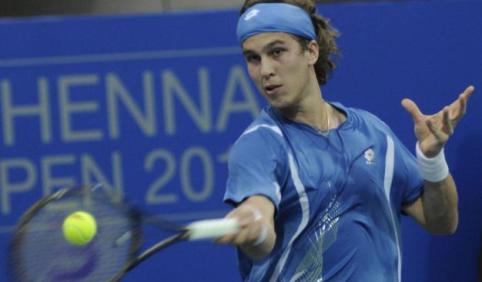 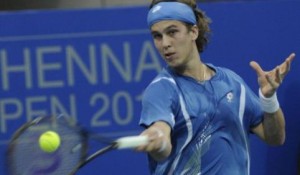 Slovakia’s Lukas Lacko suffered a bruising straight-sets defeat at the hands of defending champion Roger Federer in the second round of  the Australian Open today.

Federer was in perfect form, which gave Lacko little chance of really getting into the match.  Lacko, who is ranked 97th in the world rankings, lost 6-1, 6-1 and 6-3 to the world number two in his farewell match in Australia.

In total Federer broke Lacko’s service seven in a match that took just under 1.5 hours.

After the match, Federer said he had given Lacko a good lesson in tennis, saying he was sure the young Slovak “enjoyed it somewhat and that he learned a lot from it”. Federer also said Lacko would come back and be very good one day.