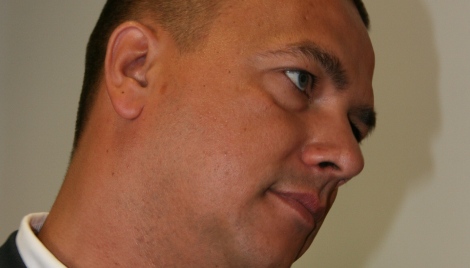 Parliamentary chairman and head of ruling SaS party, Richard Sulik didn’t attend today’s meeting of the Coalition Council as he is abroad. The council will be deciding on the best steps regarding the Hayek Consulting case, which involves state secretaries Martin Chren (saS) and Ivan Svejna (Most-Hid).

Spokeswoman for the SaS party, Tatiana Tothova said that the party regarded the affair as closed anyway. Chairman Sulik feels strongly that Chren should not be recalled from his post of State secretary for the Ministry of Economy as he acted in good faith, and now there are speculations that the whole matter could lead to a rift in the coalition.

The two state secretaries were co-owners of the Hayek Consulting firm in the past, which has recently been the centre of a possible conflict of interests over the awarding of state contracts.

Bela Bugar also stands firmly behind party colleague Svejna, refusing to go into the matter because everything was in order as far as he and the party are concerned.

Analyst Juraj Marusiak feels that the ‘Hayek Group case’ could realistically even lead to the coalition splitting, and will be a sure test for Prime Minister Iveta Radicova, because she is trying to recall people who are “key” members of the SaS and Most-Hid parties.

PM Radicova will be acting also not to lose face, and Marusiak believes the PM will lose points if she doesn’t stamp her authority.  In analyst Marusiak’s opinion, the two state secretaries should be dismissed the way the tenders went “proves that it wasn’t fair play”.

Smer-SD opposition party leader Robert Fico has jumped on the affair and at a press conference today called on Radicova also for the head of economy minister Juraj Miskov over the affair.

The Coalition Council should produce some statement after their meeting later today.