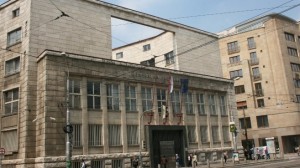 Robert Fico’s opposition party Smer-SD has called for a special session to vote on the election of the new Attorney General already in January. The party wants the vote to be done by secret ballot, but the ruling coalition has other plans following the fiasco last year when some coalition MPs voted against the wishes of the government.

Fico says the vote should take place as soon as possible, but the government wants to amend legislation to make the vote public, which means it would probably not take place until around May. The Smer-SD party can convene the special session of parliament with the signatures of just 30 MPs, by which they hope to finalise the vote before the end of January as the current AG’s term of office ends on 2 February.

The coalition released a counter statement that claims Fico is merely attempting to distract attention from other more pressing issues that the government wants to deal with. They say his initiative is a waste of money and time that would be better spent elsewhere.

Talking about the Smer-SD initiative, Igor Matovic from the Ordinary People faction of coalition party SaS commented how the coalition “will not dance to the tune” of Smer-SD chairman Robert Fico. Matovic reiterated the sentiments of the coalition that the vote would be taking place later as a public vote.

Robert Fico is surely aware that the coalition can block the vote just as it did in December, by collecting ballot papers and not casting them, as this would prevent either candidate from gaining a majority of present MPs. Some coalition MPs therefore view his latest incentive as a way of prodding at the coalition, as he is demanding that they show their true unity by not being afraid to go ahead with the blind ballot.