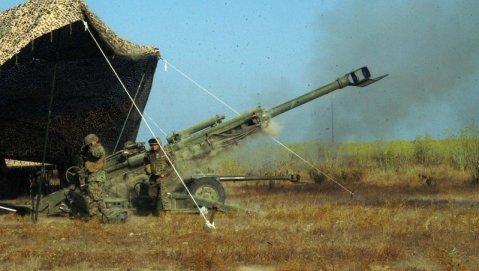 Arms traders have bought and shipped out around 7,000 functional Vz-58 assault rifles and howitzer cannons from Slovakia to Bulgaria, but the price and the final destination of the weapons are raising questions, according to JOJ TV news yesterday evening.

It seems the deal went ahead on the quiet and as swiftly as possible with fully-functional howitzer cannons being sold off from the former military repair service plant in Moldava nad Bodvou, with Czech arms trader Hermex cited as the sender of the valuable consignment.

The company Hermex is open about the fact that it purchased the guns at their scrap metal value of around EUR 3,000 each. According to an analyst on the TV JOJ news, the weapons will most likely just be passing through Bulgaria and end up in some conflict zone in Africa or Syria, for instance.