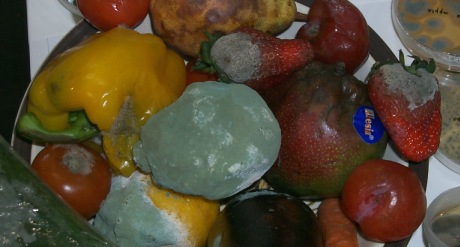 Major food and drink multinationals are packing variable quality products to be shipped to different European countries under the same name, alleges a survey conducted by the Slovak Association of Consumers. EurActiv Slovakia reports. 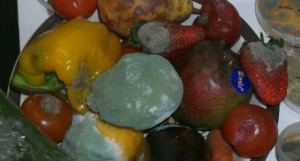 “The products affected by lower quality were meant for so-called ‘new’ EU member states,” the association’s chairman, Miloš Lauko, told journalists upon unveiling the survey. “It was never the case that the lower quality product was placed on the German or Austrian markets,” he said.

They were all tested in laboratories accredited to the National Veterinary and Food Institute of Slovakia.

Of the tested products only Milka chocolate proved to be of identical quality across all the samples tested. Kotanyi pepper, however, recorded the widest discrepancies from one country to another.

Although Kotanyi packs products destined for all markets at a single factory, the content of pepper packages differed from one location to the next.

Products bought in Hungary, Slovakia and Austria were wetter than the required standards, while those for the Bulgarian market contained too many mashed or damaged pepper seeds compared to others, amounting to 10% unwanted additives.

Red pepper from Bulgaria, meanwhile, contained only 108.9g of red pepper extract per kilogramme compared to a figure of almost 140g per kilogramme in the package for the Austrian market.

Asked to respond to the findings, Elisabeth Voltmer, head of quality assurance at Kotanyi, said “we have one standard that all our products have to comply with. The differences detected can only be explained by different lots of raw materials, different times of production and […] variations in turnover periods”.

“It is a challenge to keep to defined quality standards year by year, but nevertheless we manage to reject goods that do not reach our requirements. It is absolutely not our intention to sell different qualities in different countries,” Voltmer added.

For Coca Cola, tests serve to confirm widely reported claims that versions of the soft drink sold in Slovakia, Hungary, Bulgaria and Romania contain isoglucose made of corn, which is much cheaper than the regular sugar (sacharose) added to the drink in Germany, Austria, Poland and the Czech Republic.

“Our products are made to the same high quality across Europe and the world, based on the recipe we have been using for 125 years. In some countries, we use different types of sweetener, but this has no impact on the quality of the product,” Ibolya Szabo, senior communications manager at Coca Cola Europe, told EurActiv.

Meanwhile, the company told EurActiv Slovakia that isoglucose was also used in United States and claimed that the discrepancy was a result of technical considerations in the production process.

As for Nescafé Gold, “the recipe […] differs in European markets depending on consumer preferences that differ from market to market,” explained Martin Walter, responsible for corporate affairs at parent company Nestlé’s Prague office.

“There can be differences in roasting, hence different colours of beans. Also taste depends on the mix/blend of Arabica vs. Robusta. Neither Nestlé Cesko nor Nestlé Slovensko is entitled to comment on coffees placed on the markets of countries other than the Czech or Slovak Republics,” he told EurActiv.

The Slovak Association of Consumers, which lobbies to improve consumer rights and consumer information in Slovakia, claims that if companies offer guarantees of quality then these should be honoured in every country of distribution.

The test results were forwarded to EU Consumer Affairs Commissioner John Dalli during a recent visit to Slovakia.

The European Commission’s representation in Slovakia, which financed the survey, said it would be up to Brussels to decide if and how to deal with the findings.

Representatives of Tchibo and Kraft Foods (which owns the Milka and Jacobs Kronung brands) did not respond to EurActiv’s enquiries.

A consensus has emerged between policymakers and consumer groups that self-regulation is not an effective means of ensuring that accurate nutritional information is included on all food packaging.

While major food manufacturers are considered to have made considerable investments in improving nutritional information, the push for EU-wide legislation arose as a result of patchy implementation of industry guidelines.

In 2008, the European Commission tabled proposals for a Regulation on the Provision of Food Information to Consumers, combining existing EU rules on food labelling and nutritional information into one new regulation.