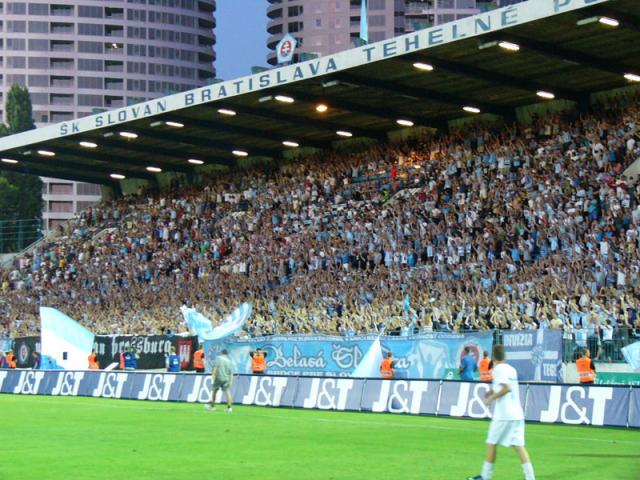 Slovan Bratislava have claimed the double for the third time, winning both the Slovak league and the cup. This is the 6th Slovak league title for Slovan since 1993 (prior to that they won 8 titles as part of Czechoslovakia). 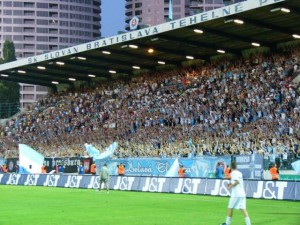 The ‘Belasi’, as they are known, put the title out of reach after beating MFK Dubnica 3-1 in the penultimate game of the season. Slovan claimed the cup last weekend, beating rivals Zilina in penalties.

Filip Sebo, formerly of Glasgow Rangers, slotted two goals in against Dubnica to ensure the 3-1 victory and give himself 20 goals in 22 matches.

The team surely deserve the title, having remained unbeaten since February, at which time they occupied fifth place in the league. Their final ‘symbolic’ league match will be against DAC 1904 Dunajska Streda this Wednesday.

Thanks to the title, Bratislava Slovan will be competing in the Champions League once again. Slovan are, in fact, the only Slovak team ever to win a European title, having won the Cup Winners Cup back in 1969.