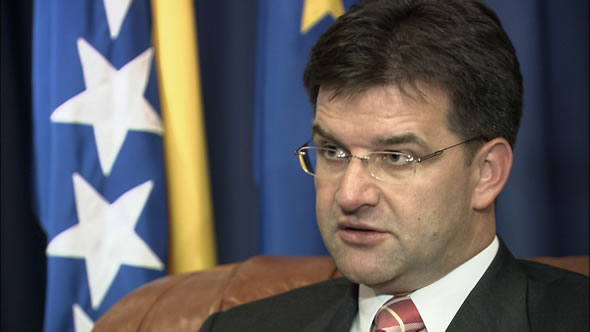 The talks represented a follow-up to their previous meeting this July in Washington involving the visiting head of Slovak diplomacy. Lajčák and Kennedy discussed several opportunities for cooperation between the Slovak Foreign Ministry and GMF. “In Slovakia we have a wide range of experts in diplomacy, state administration and non-governmental organizations that know a lot about transferring experiences from democratization and transformation processes. I presume that deepening cooperation in this area can be beneficial not only for our experts and you, but especially for the third parties whom we would jointly proffer this form of cooperation,” stated Minister Lajčák.

“We see potential for further cooperation between the German Marshall Fund and the International Visegrad Fund, which is active in many projects in the Eastern Partnership countries and the Western Balkans,” added the head of Slovak diplomacy. GMF is an American non-partisan, non-governmental organization whose mission is to promote better understanding and cooperation between North America and Europe on transatlantic and global issues. It was founded in 1972 through a gift from the German government as a memorial to the USA Marshall Plan and its assistance delivered to Western Europe following WWII. In addition to its headquarters in Washington, DC, GMF also has offices in Europe – in Berlin, Paris, Brussels, Belgrade, Ankara, Bucharest and Warsaw – as well as smaller representations in Turin and Stockholm.