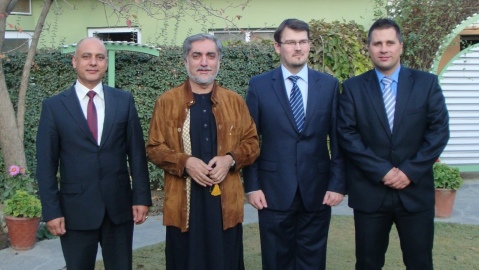 Slovakia can be a model for Afghanistan in building democracy. This was the comment of former foreign minister and leader of the most powerful coalition of political parties in Afghanistan, Abdullah Abdullah, during a meeting with representatives of the Centre for European and North Atlantic Affairs (CENAA) in Kabul. 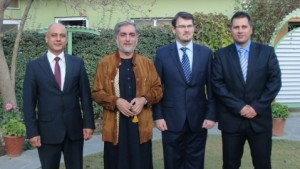 CENAA´s experts Róbert Ondrejcsák, Marian Majer and Jaan Zaher met him during a visit to Afghanistan as part of a project focused on the development of university education for Afghan students. “We believe that our experience from democratic reform can also help other countries, including Afghanistan,” said Marian Majer, the project leader.

The project aims to create new programs in local universities using Slovak knowledge that facilitated positive development of the Slovak Republic. “A good-class education is the base of an advanced society. Therefore, I welcome the help of Slovak experts to my country,” said Abdullah, who is assumed to be, like four years ago, the main challenger of President Karzai in their battle for the Afghan presidency in 2014.