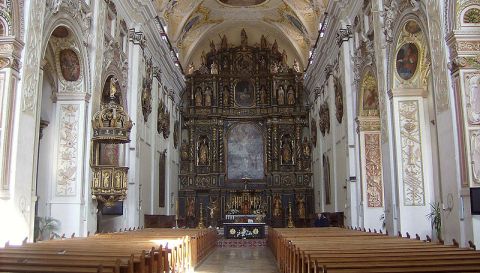 An investigation has been launched involving former Archbishop of Trnava, Jan Sokol, as it seems the accounts at the Archdiocese have been meddled with, something that his successor Robert Brezak pointed to before being recalled from the post by the Pope himself in July this year.

A criminal complaint was lodged with the Attorney General’s Office by an auditor just three days after Bezak’s removal, with allegations of the misuse of funds at the Trnava Archdiocese, led by Sokol for over twenty years. Bezak was the one to initiate the audit, claiming Sokol may have held millions in cash.

Sokol is being investigated for fiddling with the financial records,  with some large payments being made to his personal accounts and to organisations like Metropolitanik, for instance, which is run by Sokol’s nephew and received EUR (EUR 664,000) .

Former archbishop Bezak was known for being open and honest about issues, which is not always a good thing, especially as he criticised his predecessor Jan Sokol and drew attention to the dubious financial management under Sokol’s term. He has always been very popular and so his recall came as such a shock to the Slovak followers that they organised various protests and petitioned the Vatican to demand an explanation. The case caught the world’s attention as it is not every day followers stand defiant and demand something from the Vatican.

More on this case