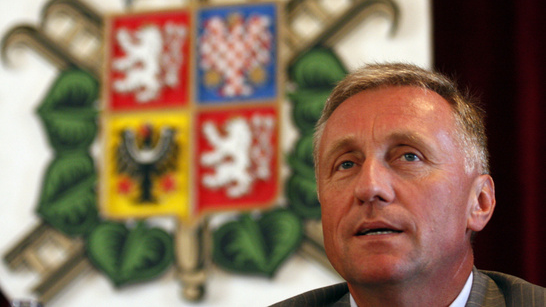 Mirek Topolanek, former Prime Minister of the Czech Republic (2006-2009) has been trying to get a job in Enel, the largest Italian electricity firm, which owns power plants in many countries and controls Slovenska Elektrarne, the Slovak hydroelectric and nuclear producer of electricity.
Based on an article published by Aktualne.cz, Topolánek has said to have repeated talks with representatives of the company, including people around Italy’s PM Silvio Berlusconi, with his most recent meeting on Thursday 2 September.
An insider source confirmed that within a month it should be clear whether Topolanek will work for Enel or not, and if yes, in which position. “Until then, Topolanek should prepare his idea of what he should do in the company”.
Journalists searching to get direct confirmation received a text message from the former PM saying “Blah, blah, blah”, showing once again that communicating with journalists is not his favourite past-time.
In any case, the news seems to be confirmed by different sources from the Czech electricity industry, affirming that the negotiation between Topolanek and Enel is really taking place and that Topolanek’s associates had also approached Slovakia’s former PM Robert Fico (while he was still in power) in order to obtain his help with the negotiations.
Enel is a majority owner of Slovenske elektrarne, the main Slovakian electricity company, which is currently completing two new units of the Mochovce nuclear power plant. Although the Slovaks have no influence over Enel’s decisions, Robert Fico is said to have good contacts with Berlusconi and his government.
Topolanek himself has a friendly relation with Italy’s PM. In 2008, when Topolanek was still PM, he vacationed in Berlusconi’s villa in Sardinia, together with some other European politicians. Later, in 2009, photographs showing the PM naked sunbathing at the side of Berlusconi swimming pool were published by Spanish El País and subsequently by other European and Czech newspapers
Topolanek’s former colleagues from the right-wing Civic Democratic Party (ODS) have not participated in the negotiations, but the new party chairman, Petr Necas, said he would help his predecessor to get a job in the OECD’s International Energy Agency.
But this must be Topolanek’s “plan B”, with his primary aim being Enel, as the posts in the IEA’s management are to be occupied no sooner than in 2011.