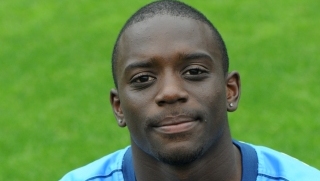 Expat interest in Slovak football perked up recently as news emerged that English defender Nathan Ashton was on trial at Slovan Bratislava.  Slovan apparently scouted Ashton from the nether regions (Isthmian Premier) of English football where he was playing at Cray Wanderers .. who are they, one may rightly ask?!

Not quite sky blue: to je skoda!

Who better to tell the full story about the guy who would have become the first Englishman to play in Slovak football than the excellent @lesrosbifs .. editor of the unique website documenting the trials and tribulations of English footballers abroad?

Nathan Ashton, formerly of Fulham and Wycombe Wanderers, looks to have missed out on becoming the first Englishman to play in the Slovak League. Ashton, who was most recently of Cray Wanderers in the Isthmian Premier League, was on trial with Slovan Bratislava last week, who are keen to strengthen their defence.

Ashton, who is a left-back, who started the season with AFC Wimbledon before moving on to Cray in search of more regular football, has had other pressing matters to deal with due to a rape case brought against him, for which he was found not guilty. Clearly he is keen to move on and a move to the Slovakian capital would certainly have provided that. He was up against stiff competition, with a number of other defenders also on trial at the club, who resume the second half of their season at the end of February after a three month winter break. Along with Brazilian defender Vanda, Ashton had the opportunity to train for the latter part of last week with Slovan.

However, Ashton returned to the UK by the weekend, having failed to impress. Coach Karel Jarolim has said that, dependent on forthcoming moves in the transfer market, he (and others) may return to participate in some mid-season friendlies.

Slovan are regarded as one of the powerhouses of the domestic game, having won the Superliga five times, most recently in 2009. Their European campaigns this season were not much to write home about. Although they did beat Red Star Belgrade, they lost to German side Stuttgart in the Europa League play-offs. Their league campaign has been equally disappointing and they sit in fifth, some 12 points off of the top halfway through the season.

Ashton played once in the Premier League for Fulham against Reading in November 2007, having signed from Charlton Athletic earlier that year. Short of first-team football, the defender has been seeking regular football since across the capital, with short stops at Crystal Palace (loan) and Wycombe also taking him on. Whether future trials overseas come up is unknown, but at 23 and having played a total of 19 competitive games in four years, it is perhaps time Ashton got a run of games.

By kind courtesy of the author, Gavin Stone, founder of LesRosbifs