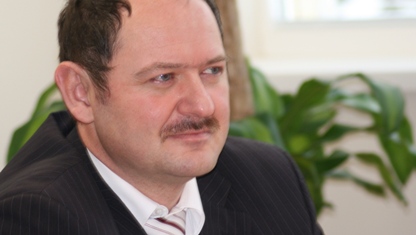 The government is desperately trying to constrain rising food prices, and will employ any means possible on a local level to achieve this, including handing out free flour and pasta to the poor.

A meeting this week attended by Prime Minister Iveta Radicova, economy minister Juraj Miskov and agriculture minister Zsolt Simon, produced several ideas on how to keep food prices under control. Although the PM admitted that the government has no leverage on world commodity prices, it would be doing everything in its power to affect prices where it could.

In addition to combating rising energy prices, the government has opted to allocate a reserve of 46,000 tons of wheat to produce flour and pasta, which it will then distribute to the poor. The actual details of how such distribution will work are unknown, but agriculture minister Simon expect the first handouts to be made in April, with the costs to be covered by the EU.

As some have come to expect, the opposition have attacked the latest initiative of the government. Leader of main opposition party Smer-SD, Robert Fico, referred to the move as embarrassing and futile, pointing to the fact that this ‘aid’ will be handed out by humanitarian organisations, which are usually only active when a country is facing some disaster.

At a press conference Fico remarked: “What are we, some kind of central African country?”, saying the nonsensical idea humiliates the whole country. Fico says his shadow cabinet will deal with the issue of food prices in its own way at a meeting today.

The other opposition party, nationalist SNS, has also put its dagger in. Via its deputy chairman Andrej Danko, it said the very idea was sick and primitive, to say the least, and so it is calling on the government to stop playing at politics and to start doing something conceptual. The SNS alleged that coalition party Most-Hid was behind the move as a way of selling off old flour.

Food prices in Slovakia started accelerating at the beginning of the year, up 3% year-on-year over January 2010, and 1.9% month-on-month over December 2010.