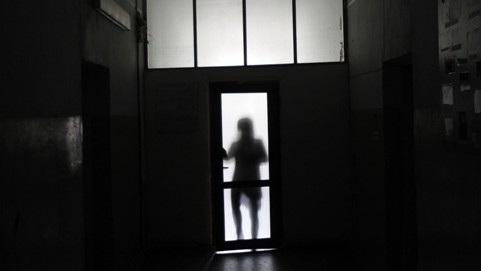 The affair surrounding the exporting of human bones, muscle and other tissue from Slovakia to Germany to be processed into medical products raises ethical questions and points to a huge deficiency in legislation in this area, not only in Slovakia, but internationally. Over the past several months TheDaily.SK has been investigating the case as the regional partner of the International Consortium of Journalists (ICIJ), and here we take a closer look at the Slovak and German companies that are at the heart of the case. 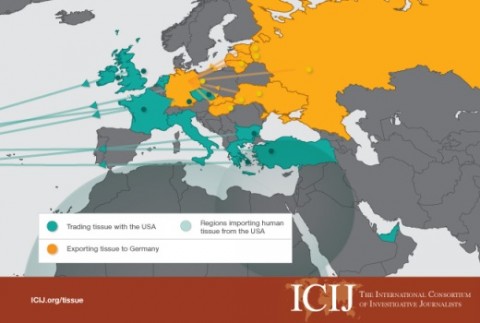 Private Slovak company Tissue Research Institute, which has been exporting the tissues since 2009, is currently in limbo after the Healthcare Surveillance Authority (UDZS) halted its activities and filed criminal charges against it. The company appealed, but the police have now launched a criminal investigation on accusations of unauthorised removal of organs, tissue and cells from the dead.

Tissue Research Institute s.r.o. (TRI) was established on 19 December 2008 with regular business objects, but soon afterwards it was granted a special license by then minister of health Richard Rasi, and so on 7 April 2009 it extended its activities to include the short and long-term storage, removal, testing, processing, conservation, packaging, storage and distribution of tissues.

Already on 10 March 2009 the two shareholders in TRI had signed a co-operation agreement with the Healthcare Surveillance Authority (UDZS) on “mutual co-operation in the reporting of suitable donors and tissue removal from bodies of dead donors”, which provided the company with several benefits in this almost untapped field.

On the side of the UDZS, the contract was signed by then chairman Richard Demovic, who was appointed under the first government of Robert Fico. As mentioned in the previous article, the contract allowed TRI to make use of the premises and employees of the UDZS Forensic Medicine and Pathological Anatomy workplaces via part-time work agreements. The contract also stipulates that the work of the tissue removal team should be carried out during normal working hours.

The contract, contested by outgoing head of the UDZS, Jan Gajdos, also afforded TRI the right of first refusal to new potential donors, which seemingly opposes Article II 6) of the Methodical Guidelines of the UDZS, which states that “The selection of suitable donors is to be performed by the Authority so that all tissue facilities have the same possibility to carry out the removal of tissues”.

Back in May 2012, our colleague from the ICIJ Martina Keller spoke with executive and partner of TRI, Peter Vegh, about whether he saw any ethical issue in the exporting of tissues by his company and about the ties between TRI and its German partner Tutogen Medical.

At that time, Mr Vegh explained how they had communicated with the Ministry of Health about the conditions they had to meet to export tissue to Tutogen in Germany, namely that they would have to first offer the tissues in Slovakia. This didn’t happen as TRI did not treat the tissues, which is also why Gajdos filed the criminal complaint against the company.

The recipient, German company Tutogen Medical, is part of American giant RTI Biologics, a world leader in tissue-based innovative products. RTI Biologics already had problems when it was revealed that its supplier had been falsifying consent forms in the US to get the valuable materials. This led to former dental surgeon Michael Mastromarino being sentenced to up to 58 years in prison for supplying tissue from over 1,000 bodies to RTI, all with forged donor consent forms. In some cases the bodies were infected with cancer, HIV or Hepatitis as no checks were being made.

Shareholder and former manager at Tutogen Medical, Christoph Fauser, owns a minority share in TRI in Slovakia, but Vegh told us that this was because Fauser had offered to help when they were having financial problems. Fauser’s name also appears on the lab results from the police raid in Ukraine, where police discovered a lorry full of parts ready to be shipped to Germany.

After the scandal in Ukraine, Tutogen Medical eventually struck off the involved Nikolaev institution in Ukraine on 17 April, and under pressure from this ICIJ investigation and a Pentagon enquiry, RTI Biologics announced just over two weeks ago that it had halted all imports of tissue from Ukraine, the biggest exporter of human tissue in the world.

Even so, an internal memo shows that RTI was aware of the “high risk” of using tissue banks from Ukraine as early as 2001, but that that it looked to “buy us time to win over other donor countries.” The memo continues that “rebuilding a source of donors is crucial” and that “more donors are required”. Enter countries like the Slovak Republic, which has been supplying its tissues to the German subsidiary since 2009.

Vegh said that the cancellation of TRI’s license in April this year was a political thing, and the company even filed charges against former UDZS head Gajdos over “abuse of public power”.  Vegh also noted how a new government company would be set up in the summer that would probably get most of “our tissues”, in reference to the planned National Transplant Organisation.

The planned NTO looks set to be based on Kosice, where tissue removal has been carried out on a large scale for years, but the creation of the new NTO might mean that the state starts to export ‘surplus’ tissue itself, much like the situation in Ukraine.

The plan to create the NTO comes with a legislative change regarding tissue exports, which at present is not regulated or restricted, as the exporter was only obliged to file a notice of export, without making a request for export. Under the new legislation that has now been passed to a second reading, an export request will have to be filed at least, saying where the tissue will end up. Health minister Zuzana Zvolenska says the new legislation is designed to prevent “commercial activity” in this area, even though the NTO will also be doing business.

As the police investigation continues and the government tries to adopt new legislation, we could see the end of tissue exports from Slovakia on such a large scale, but without proper legislative and procedural mechanisms in place, the system could still be abused as a cash cow, where everyone gets their cut.

With the co-operation of Antonio Papaleo (AEJ Secretary for Czech Republic, editor in chief of LaVoce) and all the people at the International Consortium of Investigative Journalists (ICIJ)

* The International Consortium of Investigative Journalists is an independent global network of reporters who collaborate on cross-borders investigative stories. To see video, graphics and more stories in this series, go to www.icij.com/tissue. This story was co-reported by National Public Radio (USA)

All materials herein are copyright of TheDaily-LaVoce/ICIJ and may not be reproduced or redistributed without prior consent. To enquire about republication or localisation, please contact tonypapaleo@lavoce.sk.

Part 2. Big bucks in body brokering from Ukraine to USA

Part 3. Stewards of the “Gift”