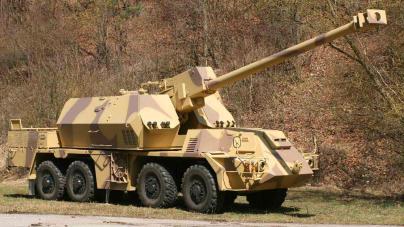 Defence minister Lubomir Galko and economy minister Juraj Miskov (both from the SaS party) have set their sights on India in an effort to promote closer ties between the two countries, especially in military equipment.

They will set off for India in the coming days with one of the focal points being to push the chances of the Zuzana 2 self-propelled mortar gun winning a tender of the Indian Ministry of Defence, reports TASR newswire.

They also hope to boost co-operation in other areas, including training and education. Former Czechoslovakia used to have excellent ties with India in the field of military equipment, supplying the country with most of its specialised equipment.