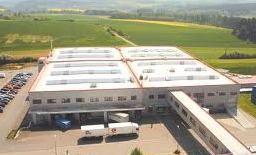 German company Volz Filters plans to employ around 500 people at a new plant in the town of Martin.

The plant will produce filter devices, and the company management opted for Slovakia after coming up against problems with trade unions in Germany, where it originally wanted to launch the production.

Another German company seems set to head to Galanta with around 300 jobs to be created. The investor is German company Peguform, which supplies to car-manufacturers. Slovak company Jasplastik-SK will also probably have to take on around 150 new workers after the entry of Peguform, as it has been co-operating with the German company to date.