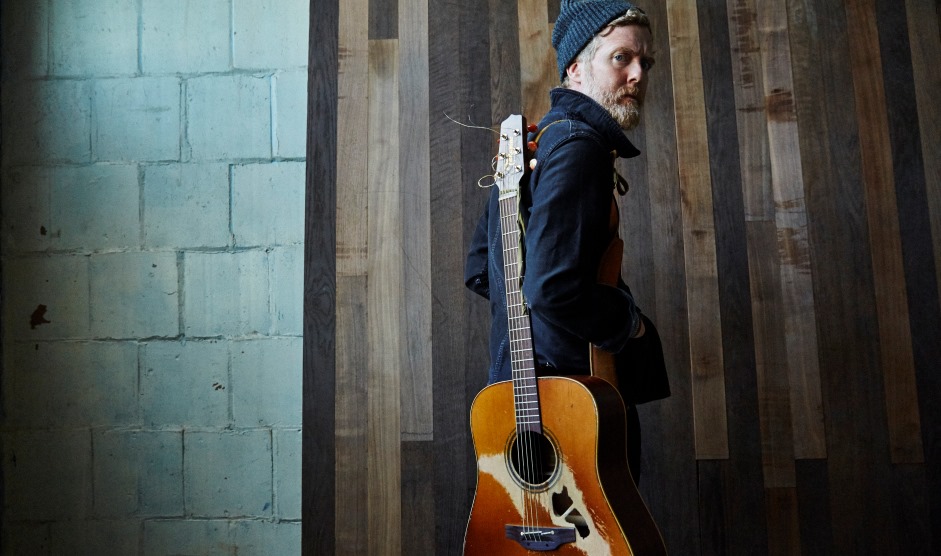 The Stara Trznica concert venue in Bratislava will burst into life with the songs of prolific Irish songwriter Glen Hansard on 7 March as part of his European tour promoting his latest album Didn’t He Ramble. News in just this week confirmed that the support will be no other than Czech musician Marketa Irglova, who starred with Glen in the film Once and as part of The Swell Season project. Tickets can be purchased here.

Glen Hansard’s second solo album Didn’t He Ramble was released on Anti- Records on September 18th. The follow up to 2012’s acclaimed Rhythm and Repose, it represents the culmination of two years of recording sessions conducted in Chicago, New York City and rural France. A circuitous route, and a complicated process, but Hansard has been doing this long enough to know the muse won’t be harassed or hurried. “I feel I’ve really dug deep for these songs,” he says, “and I’ve been chasing specific ideas, asking myself, ‘What is it I’m trying to say with this line or idea?’ One would hope that, through all of this, you find your voice. And, amazingly, you might find it in the smallest gesture of a song.” 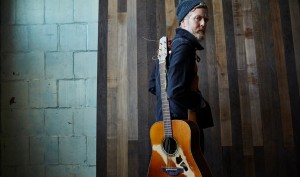 Co-produced by Thomas Bartlett (The National, Sufjan Stevens), and former Frames comrade and Grammy-winning producer David Odlum, Didn’t He Ramble invokes the virtues of directness and simplicity. Boiled down to their essence, these songs say what they mean, with no double-talk, no obfuscation. Some, like ‘Grace Beneath the Pines’ and ‘Wedding Ring’, take the form of elegies or prayers, halfway between Van Morrison and Leonard Cohen. Others are songs of warning or admonition (‘Just to Be the One’, ‘My Little Ruin’). Then there’s ‘Lowly Deserter’, a swaggering Civil War march flavoured with New Orleans swing, and ‘Paying My Way’, a hymn to the work ethic in an age of zero hour contracts and click-gratification.

Featuring guest appearances by John Sheahan (The Dubliners), Sam Beam (Iron and Wine) and Sam Amidon, Didn’t He Ramble marries simple, hypnotic grooves to tried and trusted musical textures — acoustic guitar, mandolin, horns, violin — with Hansard’s voice mixed front and centre. There are echoes of traditional North Dublin airs in songs like ‘McCormack’s Wall’ (garnished with Sheahan’s gutsy fiddle), old school gospel-soul moves in ‘Her Mercy’, and, capping it all, a pilgrim song entitled ‘Stay the Road’ that serves as a reckoning with all that’s come before.

It’s been a long haul for Hansard. He began his career as a street musician, busking on the streets of Dublin in the mid-80s before securing a record deal, forming The Frames, and scoring a part in Alan Parker’s film The Commitments. Over the next decade he and his band fought for every inch of ground they gained, touring incessantly and releasing albums on bare-bones budgets. The work paid off. By 2003 they were a platinum-selling, stadium-headlining act in their home country.

Ever restless, Glen took time out from the band to form the Swell Season with Czech musician Markéta Irglová, releasing their self-titled debut album in 2006. The same year, former Frames bassist turned filmmaker John Carney cast both musicians in his low-budget film Once, its script based on Hansard’s busking stories. You know the rest. The film became a sleeper indie smash, Hansard and Irglová’s ‘Falling Slowly’ won the Academy Award for Best Original Song, and the Broadway adaptation, Once, The Musical, won eight Tony Awards. A second Swell Season album, Strict Joy, followed in 2009, reaching number 15 on the Billboard charts. For two decades Hansard had defined himself as a battler, but now he no longer had to struggle to be heard. He’d found his audience, selling out venues like Carnegie Hall and the Hollywood Bowl, and making regular appearances on Leno and Letterman.

Following the release of his debut solo album in 2012, Hansard embarked on a marathon tour with a big band whose extended line-up included backing singers, strings and a horn section (one of the highlights of the campaign was a duet with Bruce Springsteeen in Kilkenny in the summer of 2013). Throughout 2014 Glen continued to juggle recording sessions and live shows, finally completing the new album earlier this year, just in time to undertake rehearsals for The Frames’ 25-year anniversary gigs, coinciding with the release of the band’s career-spanning retrospective Longitude.

Never idle for long, Hansard will embark on a two-month European and US tour soon after the new album’s release. Didn’t He Ramble is preceded by the single ‘Winning Streak’, and a gritty but elegant video clip set in a boxing gym, recently premiered on NPR Music’s First Watch (http://n.pr/1eXPaqr). Says director Braden King: “For me, the song is about that struggle we all face in our own ways, and about who has your back along the way… The song kind of became the spirit of this place, the blood running through all these boxers’ veins. And I love the way in which Glen haunts and inspires it all.”