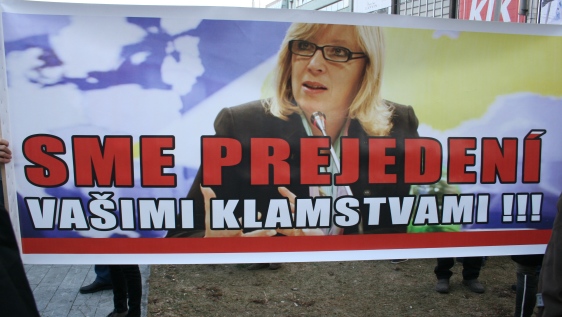 Acting Prime Minister Iveta Radicova has become the latest target in the Gorilla affair, after head of Smer-SD Robert Fico hinted on a TV political discussion programme that she had met with Penta representative Jaroslav Hascak at her home several times.

Fico’s allegations of meetings were confirmed by Penta, but the Government Office has contested Penta’s statements, saying that the allegations were lies.

Penta spokesman Martin Danko confirmed that Radicova had clearly met with Penta representatives and that it was only natural, and necessary in fact, for such a key business group like Penta to communicate with the political sphere. He could not say if anyone had met with Radicova while PM, though, or provide details of any meetings.

Radicova has always denied that she has had any suspect meetings with business groups or representatives.