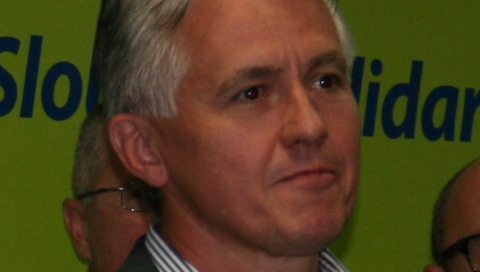 The liberal coalition party SaS, which has been staunchly fighting against the new bailout fund proposals in the EFSF, has yielded and so now looks set to support the bill in parliament endorsing the changes to the EFSF.

The announcement about the broken deadlock in the coalition was made today by head of the SaS caucus Jozef Kollar, who conditioned his party’s support to a special commission being set up composed of delegates of all political parties. This commission would vote on individual cases of lending to specific countries and unanimous agreement would be needed in the vote.

This commission would be one way in which the SaS or any other party could  block lending, and accounting for the shape of the Slovak political scene, most likely there would always be somebody blocking it.

Head of opposition party Smer-SD Robert Fico is enraged by the news, calling it one big rip-off on voters. His party was playing its chips well till now, holding the coalition to ransom and refusing to vote on the EFSF unless early elections were called or the government disbanded.  Fico spoke shortly after Kollar’s announcement, and said his party would never delegate people to such a commission that would essentially put the bailout fund in the hands of the SaS party.

Slovakia is the last of the 17 eurozone countries to endorse the changes, with parliament set to vote on it next Tuesday 11 October. Robert Fico made it clear that his party would not take part in the vote, even though they agree with and fully support the new bailout proposals. This now looks set to make no difference as the coalition with the SaS votes would have the necessary majority to pass the proposals.

It is now up to rest of the three other coalition partners and the Prime Minsiter Iveta Radicova whether to accept the proposal of set up the commission, which would have direct control over how the Slovak delegate would vote on assistance to specific countries.

The proposal looks set to go ahead, as the coalition partners give a sigh of relief. Finance minister Ivan Miklos from SDKU referred to the news as super, and Most-Hid head Bela Bugar is happy with it also, so it seems the coalition has saved itself again.