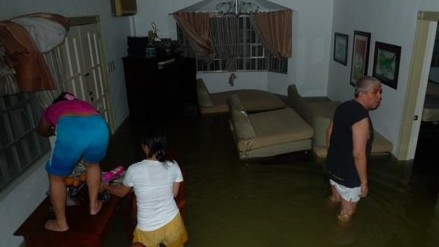 The persistent floods are putting increasing pressure on the already strained state budget and budgets of local governments. Now the finance minister wants the government to allocate EUR 11 million to help alleviate the consequences of the weekend floods, which affected the Upper Nitra region in particular.

The plan was announced today by finance minister Ivan Miklos. “I will submit a proposal to the cabinet on Wednesday, requesting to earmark EUR 11 million for rescue and recovery work for local government, and at the same time, the government is working on new, non-standard solutions to help accelerate the financing of such work”.

The Prime Minister, who wanted to cut short her holiday in Croatia because of the floods, has also allocated EUR 300,000 from her reserve. The real work will begin next week, though, when the government will start to look into long-term effective measures on how to prevent and properly deal with these kinds of flood threats in future.