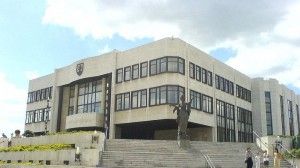 Yesterday, 10 August, the Government Manifesto was voted by the new parliament with a majority of 79 deputies out of 150 attending MPs. Five MPs were absent, meaning 61 did not in favour of the confidence vote.

There are exactly 79 ruling coalition MPs in parliament, which means the 79 votes probably all came from the coalition. Prime Minister Iveta Radicova now wants to put the Manifesto into practice, saying “Now we are going to elaborate the Manifesto into specific tasks and schedules”.

The endorsement of the Manifesto is by far the end of the road, however, and so discussions will now continue regarding individual points and ways of implementing them.