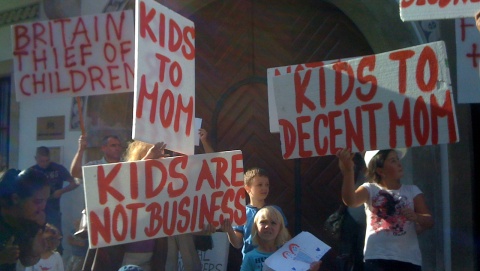 A session of the Parliamentary Human Rights Committee on Thursday did not discuss the situation regarding Slovak children being taken by British social services, as MPs of the standalone Smer-SD government walked out, disabling any decision.

The reason for the walkout was apparently that there was a lack of documents to hold a debate on the issue of Slovak children in the care of UK social services. The debate would have dealt also with the proposed memorandum of understanding between Slovakia and the UK, outlining certain procedures in such cases, but it was never pushed forward.

The special session was initiated by MP Lucia Nicholsonova (SaS party), who called the boycotting pathetic. Labour minister Jan Richter from the Smer-SD party later said the situation has improved regarding Slovak children and British social services, citing that as grounds for not holding a special session in the first place.