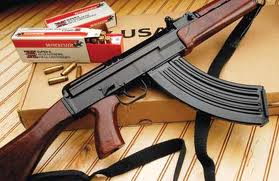 Another case of a gunman on the loose took place on Sunday evening in the village of Rybany in the district of Bánovce nad Bebravou, when a 30-year old man took to the streets with a semi-automatic rifle, shooting at random.

People in the village were taking cover in panic as the man toured the centre of the village, while wearing earmuffs, just like the Devinska Nova Ves shooter Lubomir Harman did back in August last year.

The police arrived at the scene after just a few minutes and managed to pacify the man. Even though the weapon was only a training gun, the man could face a prison sentence of up to eight years for his actions.