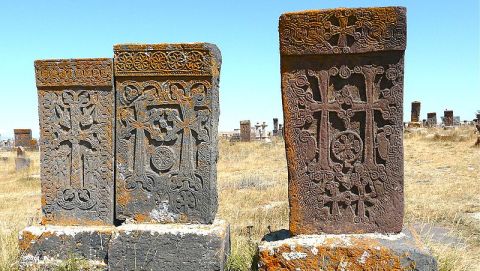 The Forum of Armenian Associations of Europe (FAAE) reports how Supreme Court chairman Stefan Harabin took part in the wreath-laying ceremony in Bratislava in memory of the victims of Armenian Genocide.

Harabin was joined by President of the Armenian Constitutional Court, Gagik Harutyunyan, Chairman of RA Court of Cassation Arman Mkrtumyan and FAAE Chairman, Ashot Grigorian. Harabin drew attention to the law in Slovakia that makes denial of Armenian Genocide a crime, punishable by a 5-year jail sentence.

Harabin’s noted that the sentence  was applicable to any Turk, regardless of rank or post. Together with his visitors, they agreed to boost efforts to get other countries to adopt similar laws, with Slovakia the first in the EU to do so. In this regard, Harabin said he was ready to help France prepare its own law on Armenian Genocide denial.