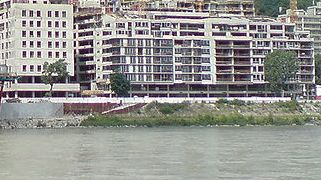 The head of state health insurer VsZP, Marcel Forai, has come under the microscope of daily Pravda, which queried him about how on his income he acquired a luxurious flat in the River Park complex in Bratislava, valued at around EUR 700,000.

Forai refused to answer the questions of the daily about the acquisition of the flat in 2013, with no bank or other lien on the property registered in his name, meaning no loan was required.

Although Forai has been earning over EUR 8,000 a month as head of the insurer since April 2012, before that he worked in public service positions and did not pursue any business, so hardly enough to save up for the apartment, the daily claims.