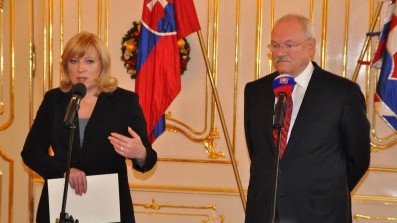 With no agreement in sight between doctors and the Ministry of Health over doctors demands, President Ivan Gasparovic has pulled out an ace by threatening to call a state of emergency in the country and so preventing over one third of hospital doctors from leaving their jobs on 1 December.

A meeting of the doctors’ union LOZ and health minister Ivan Uhliarik yesterday with the President and Prime Minister Iveta Radicova produced no progress again with neither side budging much, and so the President set an ultimatum of this Saturday 26 November, by which an agreement must be struck.

If this doesn’t happen, the President will request the interim government to call a State of Emergency for up to 3 months, which would force doctors to remain in their jobs, but with the loss of around 30% of their salaries and other benefits that they have been fighting for.

Initially some 2,400 doctors handed in their resignations in a mass campaign, but around 400 of them retracted their notices for various reasons. The President can call a state of emergency because adequate healthcare is guaranteed by the Slovak Constitution.