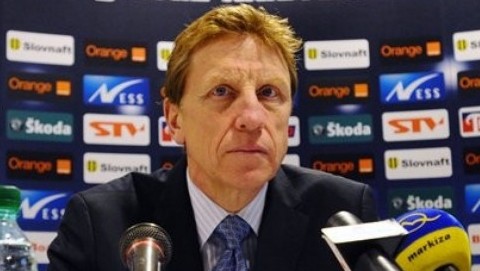 Now that the Ice Hockey World Championships are over, the real clean-up campaign has started. In addition to an investigative audit being conducted on the cost of the restructured stadium in Bratislava, heads are now starting to roll for how the Slovak team failed to get past the group stages in the tournament.

Earlier this week national hockey team general manager Peter Bondra stepped down from the post, even though his term would have finished at the end of May anyway. He therefore managed to resign before the Executive Committee of the Slovak Ice Hockey Federation had a chance to sack him at its session yesterday.

Team coach, Glen Hanlon, waited it out only to be dismissed from the coaching job yesterday by the Executive Committee. After being told the news, Hanlon left the Committee meeting, saying he could not look for a new job. Hanlon has only been in the job for a year and his contract was not due to end until 2014, but the Executive Committee felt that he had failed to do his job properly and get Slovakia further in the competition.

Since the Championships ended, there has been much discussion about the future of Slovak hockey and how there is a shortage of young players, something the other teams did not have a problem with.