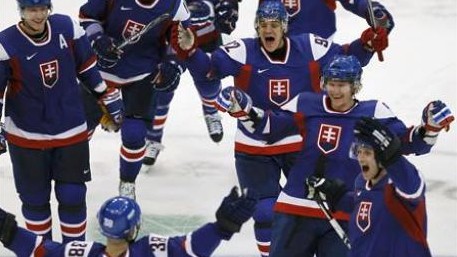 In the wake of Slovakia’s much celebrated victory over Canada to go through to the semi-finals of the IIHF World Ice Hockey Championships, encouraged fans are scrambling to get tickets and flights to Finland so they can support the country’s hockey team.

Speaking to TASR newswire, one travel agents revealed that Slovaks are willing to pay as much as EUR 400-800 to get to the Finnish capital. In addition to regular flights to Helsinki from Vienna, Budapest, Prague and Krakow, a special one-off shuttle flight will head to the capital this Sunday from Bratislava on the day Slovakia play their semi-final duel against arch rivals, the Czech Republic.

President Ivan Gasparovic, who is an ardent follower of the national hockey team, will miss out this time, as his duty calls for him to attend the NATO summit in Chicago, and he will be in the air as the Slovak team play. The President was in the US also when Slovakia won the World Championships ten years ago. Prime Minister Robert Fico, on the other hand, is said to be considering making the journey to Helsinki to spur on the team, at least if they make the final.