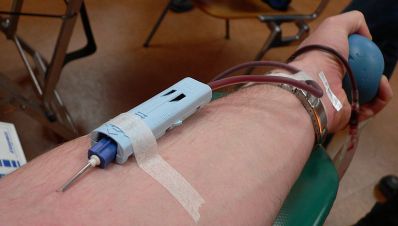 A terrible case of negligence has been confirmed at the L. Pasteur Hospital in Kosice, where a young 17-year old man was infected with the HIV virus after being given a blood transfusion.

This is the first confirmed case in Slovakia of someone being infected with HIV in this way. The young man, named by TV Markiza as Filip, had to have a series of operations in 2007 after a heavy accident. The surgery saved his life, only to be diagnosed later with HIV.

The young man is not bitter, though, telling TV Markiza that he is “very grateful to the doctors for saving his life” even though he now has to live with this burden. The hospital where the operations were carried out is denying negligence on its part, as it applied a standard procedure.

So who is to blame and will anyone be held liable? Are there more people who have suffered a similar fate and do not yet know it? Surely when it comes to blood transfusions, one of the key elements to be checked is for the presence of the HIV virus. Let’s hope this was a very rare one-off incident.