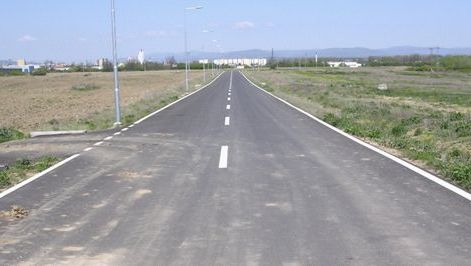 The Slovak Economy Ministry has encouraged a change of course in policy toward China to balance the Slovak-Chinese trade deficit. According to a recent report by TASR, 7% of Slovak imports come from China, while only 2.5% of Slovak exports go to China. 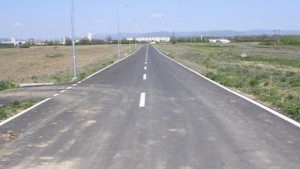 The reason the Slovak-Chinese balance of trade is lopsided, is because the Chinese are better at making products Slovaks want and getting them to the Slovak market at a price that makes sense to Slovak consumers. Meanwhile Slovaks are less good at making products the Chinese want and getting them to the Chinese markets at a price that makes sense to Chinese consumers.
While the term balance of trade may be thrown around by macro-economists seeking to project bogeyman status, it really isn’t that big of a deal that the third largest exporter to the Slovak market sells more to Slovakia than it buys. That balance of trade isn’t significant, unless what we are talking about is how many golden opportunities exist in China right now and how the Slovak government with its onerous anti-business impositions prevents the would be Slovak producers from being as competitive in the world as they can be. Slovaks have enough working against them in the world already, they don’t need their government to make it any harder on them.
Balance of trade with China has little to do with China. China is going to keep doing what China does – chugging ahead and making comparatively inexpensive consumer goods. This economic nationalism has little place in the discussion – somehow attributing it to something as slow and unpredictable as Chinese-Slovak relations is a distraction. That seemingly uncontrollable quotient is a convenient thing to blame. The issue however has everything to do with the policies of the Slovak government toward business in Slovakia.
There’s little if anything consequential that the Slovak government can do. There’s plenty of things consequential that the Slovak government can instead not do. Let people more easily make things in Slovakia and provide services. Just step aside and let that happen and Slovakia will become a more serious exporter and an even more prosperous place.
The way to do that would be to get out of the way of anyone looking to do business in Slovakia. Let a corporation be formed by anyone in seconds online, slash taxes for such endeavors, remove restrictive employment laws, and generally step aside. Stepping aside is the best encouragement that can be given to enterprising Slovaks and foreigners in Slovakia. The result will be more made in Slovakia and more exported from Slovakia – provided that Slovaks can do a better job than their competition at making products the consumers want and getting them to market at a price that makes sense to consumers.
Of course, China is a more complicated business environment than Slovakia with a different culture of doing business. I’m not discounting that fact. It’s just not beyond Slovak businesses to handle that cultural difference, and unlike removing onerous Slovak restrictions, altering Chinese policy is not something the Slovak government can influence today.
While some talking heads insist that it requires grand government designs to balance trade, Slovaks and Slovak-based companies are already doing business in China. All that is required for them to expand their Slovak operations with China and elsewhere is a more favorable Slovak environment for their businesses. The best way to make that happen isn’t for government to assemble a grand plan to encourage it, but for government to merely do a better job stepping aside.
Prosperity and freedom for the Slovak people should be the aim of this government. And like everywhere else in the world, the two travel hand in hand. Free Slovakia from the onerous legislative hurdles and watch Slovakia and Slovaks prosper.
If you want a healthier trade environment in Slovakia, then parasitic government needs to get out of the way to let Slovaks do more of the things they love and to make money doing it.
By Allan Stevo