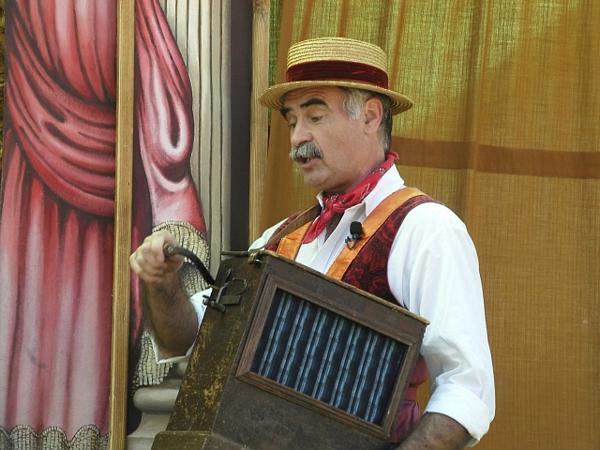 If you are planning to visit some places in Central Slovakia, you should definitely not miss out on the only festival of humour and satire in Slovakia, the Kremnica Gags, which takes place in the old town of Kremnica.

This unique festival focuses on various genres of good humour and satire, and you can even take the children along, as the festivities are not just about humour and satire, but also fun and entertainment for all age groups, including children (e.g. Three Penguins and World Flood performance).

The festival was founded by members of theatre group Kremnické Divadlo in the early 1980’s. These young non-professional theatre enthusiasts co-operated with various theatrical artists and musicians from all over Slovakia and the festival has survived despite suppression during the former regime.

The festival underwent a major change in its 24th year in 2004, when Stano Radič, a famous Slovak humorist, suggested the establishment of a Slovak Humour Academy and Milan Lasica became its president. Since then, their “job” has been to evaluate the best artistic performances in humour and satire shows. They annually award prizes such as the Golden Gander Prize for the best Slovak humoristic performances or the Struck Goose Prize for the most awkward work or event.

The festival is one of the most important multigenres exhibitions of top humour and satire (e.g. film grotesques, exhibitions of caricatures, photographs and much more). It has grown from being a solely Slovak event into one of Central European importance, bringing together hundreds of creators, authors, reciters, dancers, musicians and celebrities from Slovakia, Hungary, France, Germany, Switzerland etc., and giving space both to young talents and experienced and professional “old hands” alike. The thirtieth year of the festival will take place from 26 to 29 August and over the course of four days in Kremnica, there will definitely be a lot to look forward to!