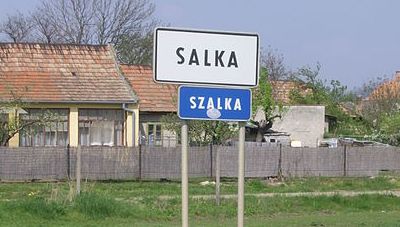 The Hungarian Coalition Party (SMK) is demanding that the government stick to its promise that on 7 December it would amend a regulation from 1999, and so make it law that the names of some 655 municipalities be displayed also in the minority language of the community.

Regardless of more pressing matters that the interim government is dealing with at the moment, the SMK has stated that it is unacceptable, reports TASR newswire. The non-parliamentary SMK party is demanding that the government include the point in the agenda of the last session of the year, and that it push the change through in fast-track proceedings.

At present any municipality with a minority making up at least 20% of residents is classed to the list of places where the minority language can be used in official communication. Based on a 1991 census, these 655 municipalities have Hungarian, Ruthenian, Roma and Ukrainian minorities, with one also with a German minority. Naturally, the change affects mostly municipalities with a Hungarian minority, with 511 in Slovakia in total.