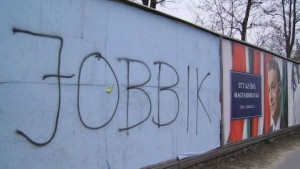 With almost 100% of party-list votes and around 60% of constituency votes now counted in Hungary, it is clear that Viktor Orban’s Fidesz party will once again have an overall majority in Hungary’s parliament and will remain in power alongside their Christian-Democrat partners for a further 4-year term.

This election will return MPs to a reduced-size parliament, via a single-round electoral system, compared to the precious system which involved a second round of voting. Voters in these elections used two ballot papers, one to select a candidate to represent their local constituency and a second to select a party list, to be counted proportionally as a single national vote.

The party list results have given the Fidesz/Christian-Democrat list 44%, a reduction of more than 8% from the 2010 elections. The combined Centre-Left list of 5 parties, including the MSzP socialist party, the new parties of former Prime Ministers Gyurcsany and Bajnai and the new Liberal Party, achieved 26%, in second place, an increase of almost 7% compared to the MSzP vote in 2010. The extreme-right Jobbik polled 20%, a rise of 4% since 2010, whilst the LMP green party just achieved sufficient votes to pass the 5% minimum threshold and retain a presence in the new parliament, dropping their support from the 7.5% achieved in 2010.

At the time of writing, most of the individual constituencies counts were still underway but early indications showed that almost every seat outside Budapest will be won by Fidesz, with the exception of one seat in Szeged which seems destined for the Centre-Left group. Half of the 18 Budapest seats are expected to be won by Centre-Left candidates and one of the Miskolc seats is still extremely close between all three of Fidesz, Centre-Left and Jobbik.

The big question remaining is whether Fidesz will achieve another two-thirds majority in parliament. At this stage, that looks dependent on the very last result and is likely to be either precisely the 133 seats required or just below that.

So it seems that an election which most forecasters were predicting to be a foregone conclusion will retain a final twist of interest, to see whether Fidesz manage to retain their two-thirds grip allowing them to make constitutional changes, such as those seen in the previous parliamentary term.