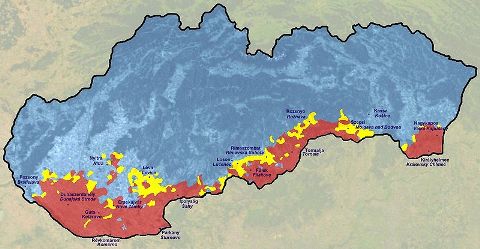 The planned case of provocation by ethnic  Hungarian actor and businessman Oliver Boldoghy to draw attention to the citizenship issue between Hungary and Slovakia has invoked tension between the two countries once again.

The Ministry of Interior duly stripped Boldoghy of his citizenship, though, annulling his documents and even citing the threat of deportation.  In response, the Hungarian government expressed its dissatisfaction at the case, extending its support to Boldoghy and calling on the Slovak ambassador to Hungary, Peter Weiss.

Weiss had to provide a stance to the situation at Hungary’s Ministry of Foreign Affairs on Tuesday. He explained to the state secretary Zsolt Nemeth that the Citizenship Act in Slovakia was in line with international regulations and European law, with other member states having the same or similar law.

The Slovak Citizenship Act, amended to combat Hungary granting citizenship freely to Slovaks, was adopted last year shortly after Hungary announced its plans to grant citizenship to ethnic Hungarians abroad. The law in force in Slovakia clearly states that anyone accepting the citizenship of another country will be stripped of their Slovak citizenship.

Nemeth told Weiss that the Hungarian government feels that the procedure of taking away citizenship, like that of Boldoghy, is against the basic values of the European Union, while stating that the government renounced the intimidation of ‘Hungarians’ living in Slovakia.

Slovak foreign minister Mikulas Dzurinda pointed out how it was Hungary that had been inactive in dealing with the situation and unwilling to look for an amicable agreement, which was proposed by Slovakia back in February. He said cases like Boldoghy’s could therefore easily have been avoided and that he hopes Hungary will now realise the mutual benefit of striking an agreement.