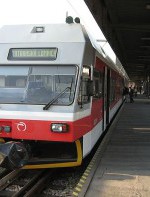 The INEKO think tank published an analysis today, 17 August, which states that state-owned railways, medical facilities and public-service media contributed to the 2009 deficit by some 1.1% of the GDP, which is 0.4% more than in 2008 and 0.5% more than in 2007.

Director of INEKO, Peter Golias, said that the greatest burden was produced by the three state rail companies, as they received EUR 400 million in operating subsidies last year, and even so managed to end the year EUR 200 million in the red. The state has either a majority in or fully owns 33 companies.

Hospitals were classed as the second biggest black hole, producing a combined loss of around EUR 50 million according to the analysis. Slovak Radio and Slovak Television were subsidised with EUR 15 million, and collected also license fees, but this didn’t stop Slovak Television from generating a loss of almost EUR 6 million.

Profitable companies owned by the state include the Slovak Post Office, State Forests SR, the Slovak Guarantee and Development Bank and Eximbank. In 2007 and 2008 Bratislava Airport also made a profit. The actual return on capital from these companies is pretty miserable, though, and as Peter Golias pointed out “in financial terms it would have been better for the state to sell them off and just deposit the money in term deposit accounts, or at least pay off some debt and so save on interest.

One option that INEKO sees as rational and feasible is to sell off some of the companies, either wholly or in part, and then just use their services instead of constantly feeding money into them.