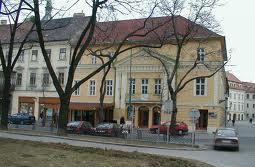 The venue for the 3-day festival will be the Mladost cinema on Hviezdoslav namestie, and has been organised by the Japanese Embassy in Slovakia together with The Japan Foundation.

A total of five screenings will be given of the Japanese films with English subtitles. Firstly on Wednesday at 5 pm, the festival will kick off with the romantic film Ano natsu, ichiban shizukana umi; 1991 – meaning (Scenes by the Sea), directed by Takeshiho Kitana. The second film on Wednesday will be the animated film Kamui no ken; 1985 (God’s sword), directed by Rintara.

On Thursday film-buffs can see the Kizu darake no tenshi, 1997 (Scarring of the angel) at 5pm, followed by the war drama Kamiya Etsuko no seishun, 2006 (The youth of Miss Etsuko Kamiya).

The final film to be screened at 8pm on Friday is the drama Kuraimazu hai, 2008 (No barriers).