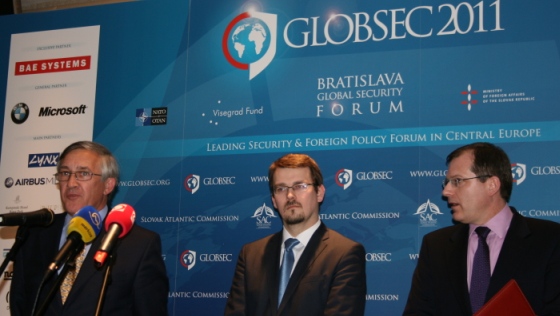 Prime Minister Iveta Radicova made it clear yesterday that one of the key priorities of co-operation between the Czech and Slovak republics would be in the area of military co-operation.

At the beginning of May the two governments agreed on joint sessions with the initial session planned for 28 October, poignantly the date that commemorates the founding of Czechoslovakia back in 1918. The idea is to create a new element in Czech-Slovak relations, as the joint sessions will deal with any and all issues of common interest, such as dual citizenship, military co-operation, or the fields of energy and the environment.

Radicova said that she wanted the two countries to find as many joint projects as possible in order to save finances and increase the efficiency of the two countries in the field of defence. This plan was already outlined at the Globsec 2011 conference in March.

Now the Slovak Ministry of Defence will draw up a White Book dealing with the findings of the Slovak Security Council and setting out the economic aspects and the priorities of the Slovak defence system. earlier in the week the Ministry announced that it would be cutting the number of soldiers and tank units, while maintaining Slovakia’s military airforce operations abroad.