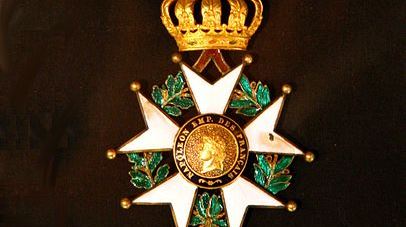 On Friday 6 February the French Ambassador to Slovakia Didier Lopinot will hand Mr Juraj Alner the most prestigious order of the French Republic, the Officer of the Légion d’honneur. The order is granted by decree of the President of France upon recommendation by the French Embassy and an approval by the French Minister of Foreign Affairs.

Mr Alner is awarded the order in recognition of his lifetime engagement in European integration, for his activities that helped to facilitate Slovakia’s entry in the European Union, his involvement in the Paneuropean Union, the Slovak office of which he founded in 1990 and headed for virtually a quarter of a century, as well as for his work in the Association of European Journalists, the Slovak section of which he founded in 1993 and served as the AEJ International Secretary General.

Since 1993 Mr Alner served Team Europe, an expert group specialising in European integration.  For twelve years he co-organised and ran Central European seminars at the University in San Sebastian.  He published hundreds of articles in different media in Slovakia and abroad.  In 1998 he received the AEJ European Journalism Award.

The Order of the Légion d’honneur was instituted by Napoleon Bonaparte in 1802.  It is awarded in recognition of military, cultural, scientific and social contribution to France.  The first Slovak to receive the Order was Milan Rastislav Štefánik, then, however, a French citizen.  Contemporary laureates include politicians Ján Kubiš, Ján Figeľ and Milan Kňažko, and Ján Chryzostom Cardinal Korec.

Dr. Juraj Alner is a journalist and pedagogue; 1964–1968: Editor of Ľud daily; 1970–1989: removed from his job in 1970 for being labelled as “anticommunist”, not allowed to publish until after the fall of Communism; 1989: during the developments in November 1989 worked with the Students’ Committee and the People Against Violence; 1993–2007: Founder and President of the Slovak section of the Association of European Journalists (AEJ); 2002–2004: AEJ International Secretary General; since 1993 Team Europe member (EU); 1994–2012: Secretary General of the Paneuropean Union Slovakia; 1996: Slovak Journalist Award; 1997: Silver Medal from the President of the Slovak Republic; 1998 European Journalism Prize; 2011: AEJ Honorary International Secretary General. Author of hundreds of articles and dozens of books (on European integration, novels, poetry).