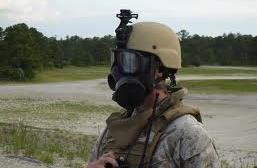 Former interior minister from Smer-SD Robert Kalinak, has come under fire over a tender from 2008 for 13,000 specialised gas masks for the police and army.

The Office for Public Procurement and the courts have been investigating the tender, mainly because of two tenderers being disqualified over a technical detail of the masks, which left just one tenderer in the race.

The two disqualified tenderers, US firm Scott and Czech firm Gumarna Zubri, were excluded from the tender as their masks did not provide the requested minimum 90% field of vision. Both the companies offered lower prices than the final winner of the tender, German company MSA Auer, whose price of EUR 390 per mask was over 2.5 times that of the US company and almost double that of the Czech company.

If the criterion of a minimum 90% field of vision was respected, MSA Auer would also have been disqualified from the tender, according to SME daily, which carried out two separate tests claiming that MSA Auer’s masks only had a 75% field of vision. MSA Auer refutes this claim.

Another point raised was that the German army purchased the same masks at a much lower price than that paid by the Slovak Ministry of Interior. Current interior minister Daniel Lipsic found it curious that after disqualifying two companies over the field of vision criterion, the ministry did not check that of the winning tender. Kalinak says he was not aware of the details of the tender.